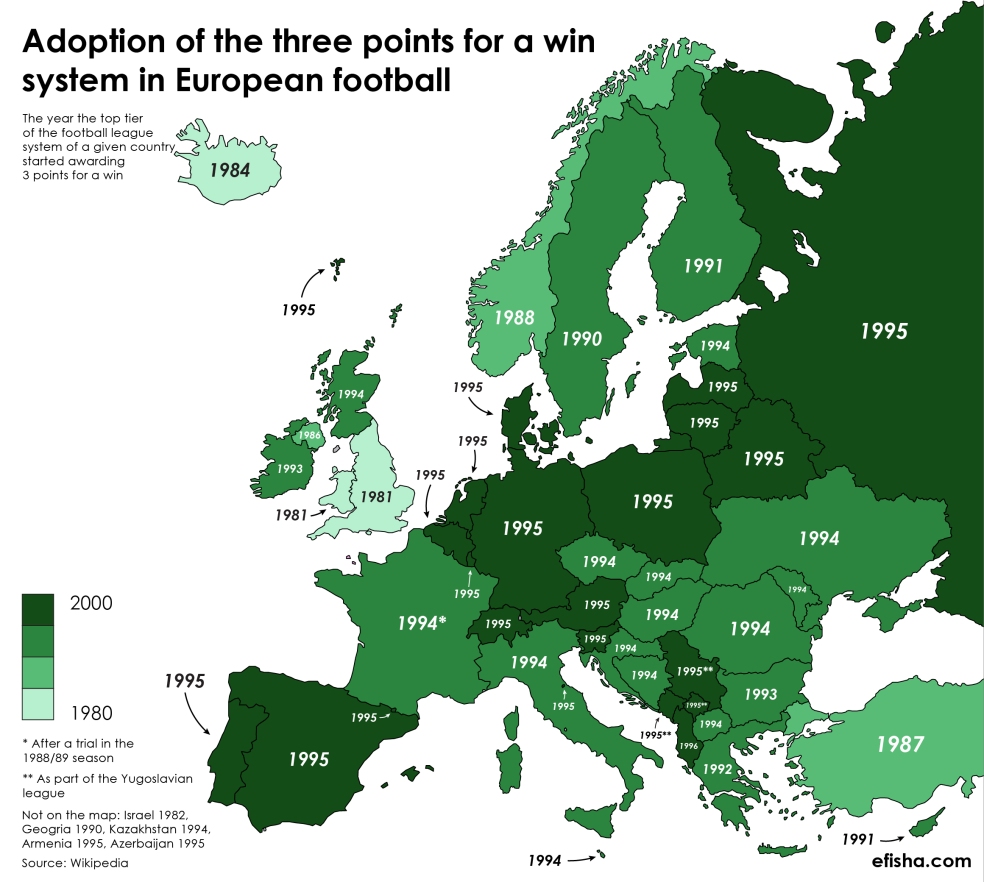 For us, football fans in 2022, 3 points per win sounds like the norm and for someone my age, it has always been so. However, before the mid-90s, only a handful of leagues in Europe used this system. Before it, only 2 points were awarded per win. Proposed by Jimmy Hill, thу 3-points system was first introduced in England in 1981 but up until the 1994 World Cup, it didn’t gather much support. Only when it proved successful in this tournament, other countries followed suit. This system increased the value of a victory compared to a draw but did it really decrease the number of draws? I don’t know, I will research it and make a new map for all of us to see.

To make this map, I used this Wikipedia article and some extra sources I had to dig up to gather data on, for instance, Gibraltar. If you want, you can send me some compliments using the contact form.